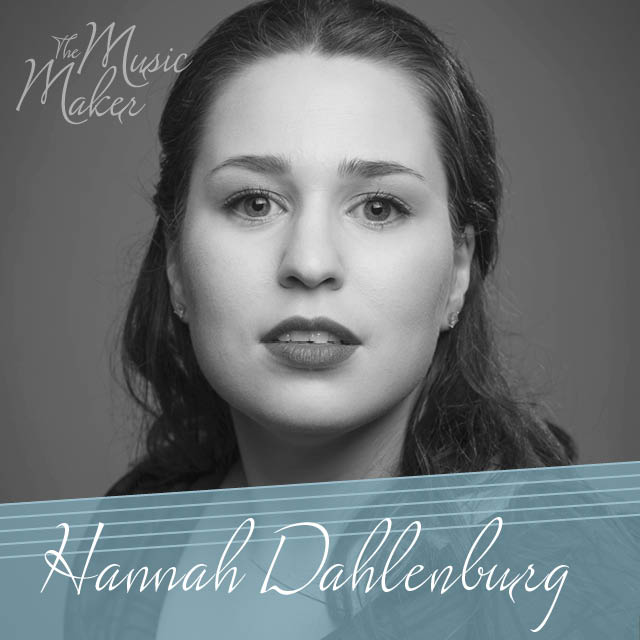 Melbourne based Australian – Canadian soprano Hannah Dahlenburg completed her Bachelor of Music (Performance) with Honours at The Conservatorium of Music, The University of Melbourne in 2010.

Hannah’s operatic roles include: Queen of the Night, First Lady, Second Lady and Papagena in Mozart’s Die Zauberflöte; Diane in Offenbach’s Orpheus in the Underworld; Daughter Anne in Glass/Moran’s The Juniper Tree; Proserpina and La Musica Monteverdi’s L’Orfeo; Diane in Actéon by Charpentier; Second Woman in Dido and Aeneas by Purcell.

She has been awarded numerous prizes and scholarships including: Second in the North-western Regional Finals of The Metropolitan Opera National Council Auditions 2013; The Leverhulme Royal Northern College of Music Award and Christine Leaves Award as a Finalist in the Australian Singing Competition 2013; the Encouragement Award in the prestigious 2011 Herald Sun Aria Finals; Scholarships in 2011 and 2012 from Dame Nellie Melba Opera Trust including the Mel and Nina Waters Scholarship. Hannah was also a Finalist in the 2013 Opera Foundation Australia German Opera Scholarship.