On the 22nd of September, 2012, the Monash University Choral Society will mark its 50th Anniversary by performing a very special concert in South Yarra. The choir will be performing Carl Orff’s spectacular, Carmina Burana, one of the most popular pieces of music of all time best known for its unforgettable opening movement, O […] 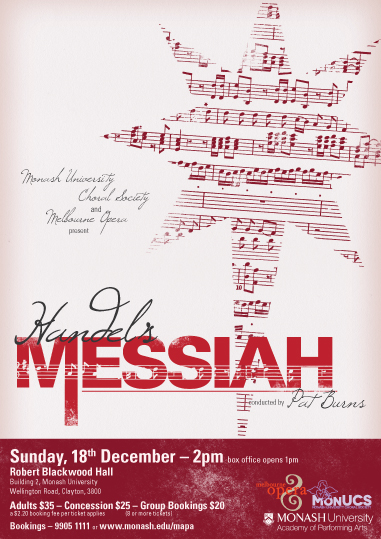 Since 1962 the Monash University Choral Society has been dedicated to allowing both students at Monash University and members of the wider community the opportunity to learn and perform both major and minor choral works in a friendly, open and relaxed environment. On December 18 and in preparation for their 50th Anniversary celebrations next […] 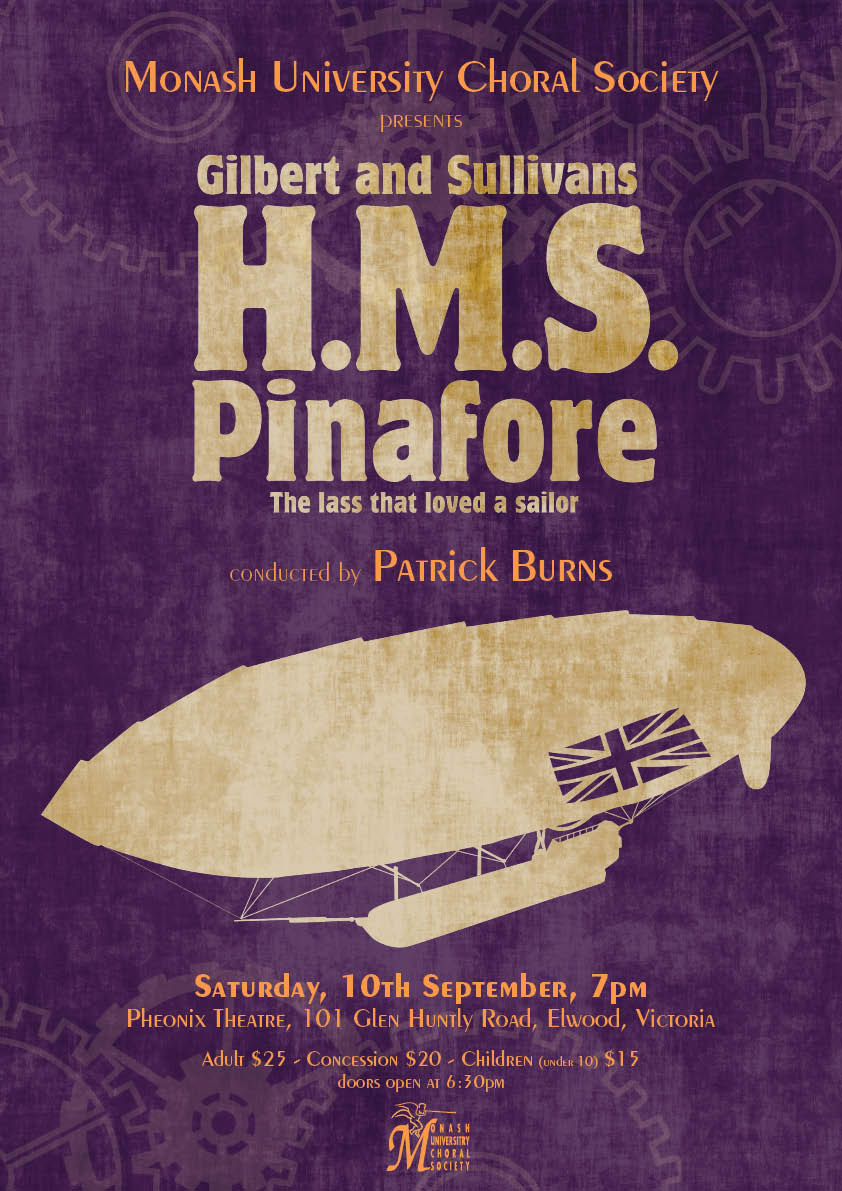 Ever thought that Gilbert and Sullivan could be improved with a little steampunk? Or wondered how Gilbert and Sullivan would’ve written their operetta if Babbage’s Difference Engine had actually been built? Then come on down to see Monash University Choral Society perform HMS Pinafore: The Lass that Loved a Sailor as you’ve never seen it […]

Come join us at MonUCS’s as we celebrate Gilbert & Sullivan’s wit with a semi-staged concert of ‘H.M.S Pinafore’ on Saturday the 10th of September. Rehearsals are on Tuesdays from 6:45 until 9:30 At the religious centre, Clayton campus. For directions see here.

Congratulations to everyone who were ‘Livin’ in the ’70s’ last Saturday, it was a exceptional concert, and with an exceptional response from the audience. We were left with only two more tickets to sell. Particular thanks needs to be given to these people: Committee Staff Front of House Staff – Alex Lewis, Chas Dean, Sarah Rathjen, Jess […]

Nostalgic for times since past? Longing to feel a little groovy again? Join MonUCS as we step away from our more traditional choral roots to embrace the music from the age of lava lamps, platform shoes and fondue. On Saturday, May 28th at Hampton Community Centre we present Livin’ in the 70’s, an evening spectacular […]

Come and join us in celebrating the music of the 70’s. On May 28th MonUCS will be presenting a concert of choral arrangements of popular 70’s songs with a dash of Mo Town and gospel thrown in. If you like singing Queen’s ‘Bohemian Rhapsody’ and ‘Somebody to Love’ or John Lennon’s ‘Imagine’ then this choir […]