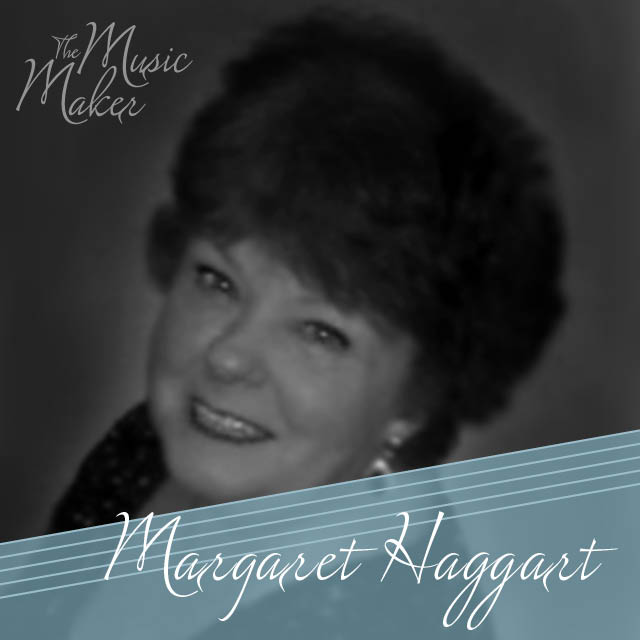 Home in Melbourne from 1984, she appeared with VSO, all State Companies, Opera Australia, most major Festivals, most Symphony Orchestras, and ABC simulcasts locally, and worked in NZ., Italy, Singapore & USA.

She has been nominated several times, and been awarded 3 Green Room Awards.

Margaret Haggart is a soloist for The Music Maker: A Tribute to John Hopkins.