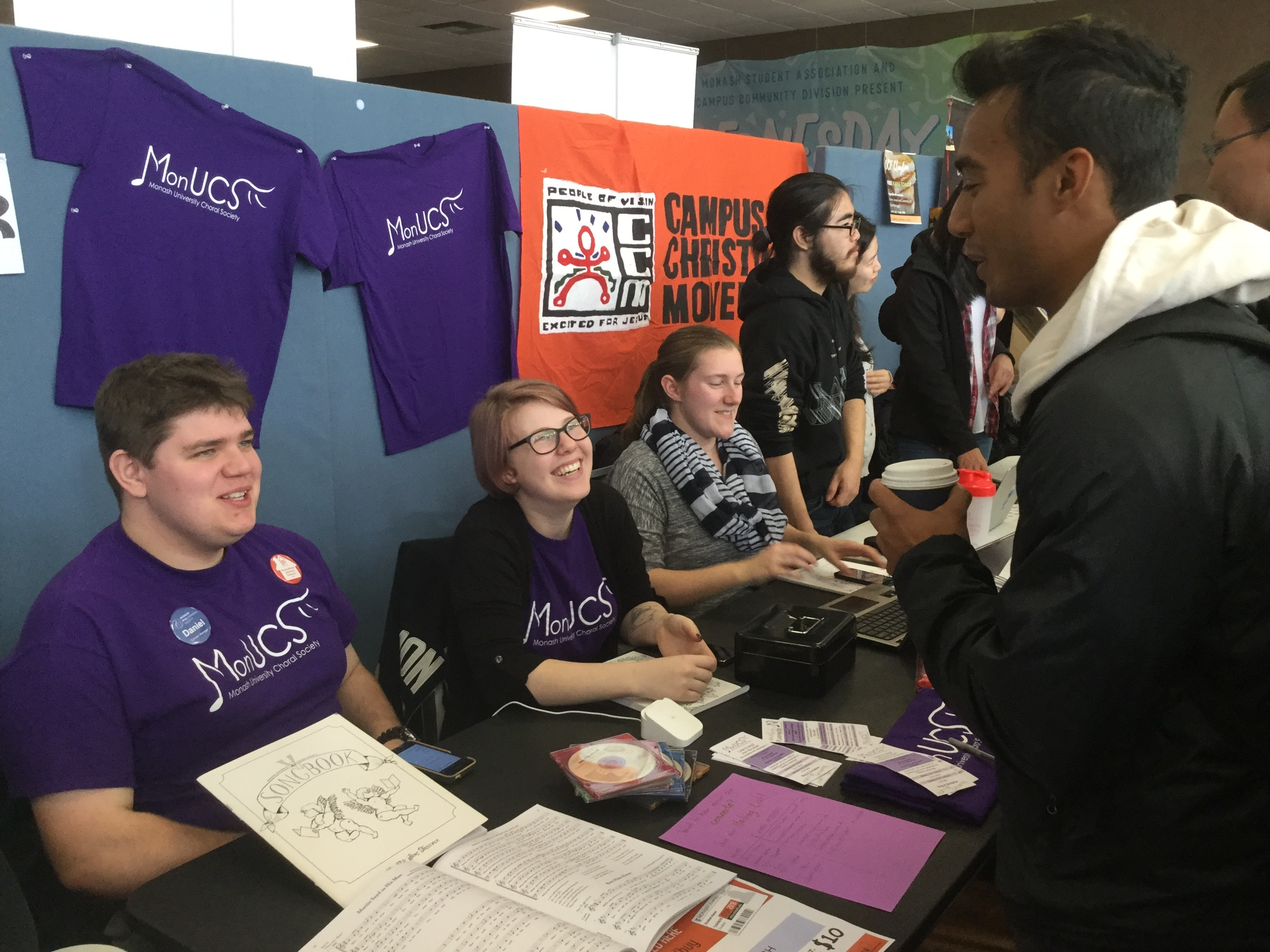 Dan, Lauren, and Ellena running the ‘O-day’ stall.  We look forward to welcoming our new members! 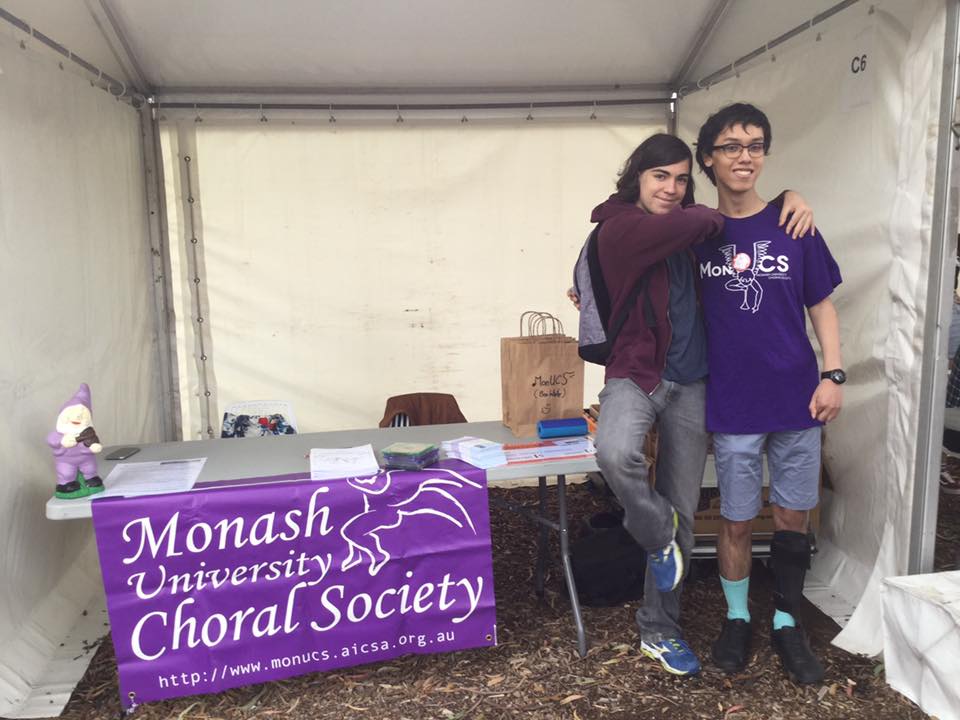 Enjoy singing? Come visit our stall at O-Week this week! Located on the Lemon Scented Lawns, we’ll be there from the 19th – 22nd of February ready for people to sign up and renew their membership. Prices as follow: $50 Returning Full $25 Returning Concession $10 Fresher With a $5 MSA Discount across all categories […]

Psst… Hey, notice anything different? Not only do we have a newly revamped website, but we also have a new logo! Featuring a quaver and an angel’s wing in homage to the cherub which has symbolised MonUCS since its foundation.

This year marks the Monash University Choral Society (MonUCS)’s 55th Birthday. Cherubfest is a celebration of MonUCS’ anniversary and is held every 5 years at Easter. It is a (long) weekend of singing, socialising and shenanigans to be held from 14 to 17 April 2017 (Easter Weekend). As the 55th anniversary is traditionally emerald, we […]

It is fantastic to see so many people have registered thus far to participate in Mahlerfest in July and perform Mahler 8 in September. Details are being updated as they become available on the Mahler 8 section of this website. Please note: At the most recent meeting of the choirs participating in Mahler 8 in […]

The Monash University Choral Society (along with several other Melbourne choirs) has been invited to join the Zelman Memorial Symphony Orchestra in their 80th Anniversary performances of Mahler’s Eighth Symphony – Symphony of a Thousand on the 21st & 22nd of September. In turn we invite you, members of MonUCS and other AICSA choirs, to participate in this […] 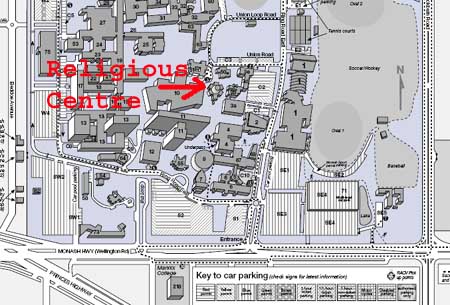 Welcome to our new members who signed up this week at our O-week tent. We are having our special Fresher Rehearsal next Tuesday at 6pm at the Religious Centre (map below). We’ll be providing free Pizza and Punch, and have a few “get to know you” games before having a sing. You’ll have an opportunity […]